Fibre composites offer good mechanical properties with low dead weight and high damage tolerance. The best known are fibre-reinforced plastics (FRP). However, these can only be used up to a maximum of 300°C. Far higher temperatures are possible with ceramics reinforced with ceramics fibres. These so-called Ceramic Matrix Composites (CMCs) reach application temperatures of well over 1000°C. The interaction between the reinforcing fibres and the ceramic surrounding them is adjusted in such a way that CMCs behave in a quasi-ductile manner. Similar to metals, they do not break suddenly and catastrophically, but can be stretched up to one percent before failure occurs. However, the production costs of conventional CMCs are very high. For example, the prices of the ceramic reinforcing fibres needed as raw material already range from several hundred to several thousand euros per kilogram. This limits the use of CMCs to a few high-priced applications, e.g. in aviation or energy technology.

Therefore, low-cost CMCs are also being developed at Fraunhofer-Center HTL. They use glass or basalt fibres, which are one to two orders of magnitude cheaper than ceramic reinforcing fibres. However, the maximum application temperature of these new CMCs is limited to temperatures of approx. 900°C to 1000°C.

When processing the reinforcing fibres into CMCs, cost-effective automated processes must be used consistently in order to limit the manufacturing costs. Coating of the fibres is carried out in a fast dipping process, fibre preforms are produced with modern textile machines and impregnation with the ceramic matrix is carried out via roll-to-roll processes. The latter provide flexible prepregs that can be cut, laminated and shaped using standard industrial processes.

The final manufacturing step is then a heat treatment, which - unlike conventional CMCs - is carried out below 1000°C so as not to damage the reinforcing fibres. Among other things, so-called geopolymers are used here, which can be cured at low temperatures.

Application temperatures between 300°C and 1000°C

The cost-effective CMCs can be used for all processes with temperatures between 300°C and approx. 1000°C. These include, for example, many processes with low temperatures. This includes, for example, many processes in foundry technology. For steam power plants, the new CMCs can be used to produce metal-ceramic composites that are particularly creep-resistant and yet gas-tight. Due to the low manufacturing costs, however, many other applications are also conceivable.

Here you can find our flyer

Here you can find our flyer 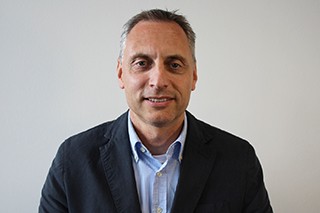 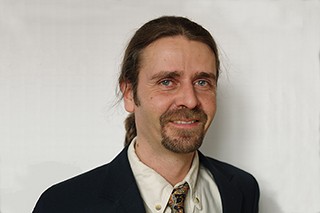