The sintering of green bodies is measured in situ with high reproducibility using the ThermoOptical Measurement systems (TOM) at Fraunhofer-Center HTL. The obtained data are then used for process optimization. The quality of the sintering process depends strongly on the atmosphere in the furnace. Suitable TOM systems for most technically relevant furnace atmospheres and temperature ranges are available at the HTL. Thus, sintering in measuring furnances heated by graphite, molybdenum di-silicide or tungsten heaters is possible at the HTL. Different furnace atmospheres such as inert gases, oxidizing or reducing gases, as well as 100% hydrogen can be used. Some TOM systems can be operated under vacuum or excess pressure (up to 30 bar). Even the furnace atmosphere of gas-fired furnaces can be exactly duplicated. The matching of furnace atmospheres between manufacturing furnace and the corresponding ThermoOptical measurement system is vital, because only then sintering conditions optimized by using the TOM system can be re-transferred to the manufacturing furnace. Usually, an additional temperature calibration of the considered furnace is performed using specially calibrated temperature measurement rings.

Based on the optical measuring principle of the TOM systems, shrinkage during sintering processes can be measured with very high reproducibility[1]. The measurement resolution of the TOM system in the latest equipment generation is 0.1 µm. The reproducibility is 0.02% and thus significantly better than for comparable methods. The high precision is also used to measure the shape distortion of samples during sintering. Thus local variations in the porosity of green bodies can be measured more precisely than with conventional measurement methods. Primarily however, the sintering kinetics are determined by running several sintering processes at different temperature-time curves on the same type of green bodies. A robust numerical process then calculates a kinetic model from the measured data, facilitating the prediction of the sintering shrinkage for any given temperature-time cycle within the scope of the measured range[2]. Already with this kinetic model alone, basic optimization of the sintering cycles is possible.

For more sophisticated investigations, e.g. shape distortions by gravity or temperature gradients, further in-situ measurements are necessary. The creep behavior of green bodies during sintering, for example, is determined by a cyclic uniaxial load test. From the measured data, the uniaxial viscosity and Poisson's ratio are determined as a function of the sintering state and temperature. The thermal conductivity can also be measured in situ during sintering using one of the TOM systems at Fraunhofer Center HTL[3]. A special Laser-Flash method is applied for this purpose. Together with the kinetic model, this data is transferred to a coupled FE model. First of all, this model calculates from each time step the temperature gradients in the components that form during sintering from the surface to the component interior. Then, based on the local temperatures the local sintering shrinkage for the corresponding time step is determined. Together with the external forces, e.g. due to gravitation and friction, stresses and deformation are calculated. In the FE models, the thermal expansion of the materials are taken into consideration and, if required, interactions with the furnace atmospheres are as well. Based on this, measurement results on simple, small samples can be transferred to larger and more complex components. Sintering conditions can be optimized with the FE simulations, so that geometric requirements for the individual components can be chosen optimally and the development of critical stresses during heat treatment can be avoided.

During sintering, thermodynamic driving forces can lead to phase segregation and variations in the local sintering behavior even though the initial green body was homogeneous. Furthermore, at the end of the sintering process, there is increased grain growth, which – just like the thermodynamic segregation effects – deteriorates the material quality. At the HTL, inherently safe sintering methods are developed in order to avoid detrimental mechanisms of this kind. The methods aim at homogeneous microstructures and high reliability of the sintered materials.

The grain growth at the end of the sintering process can be examined with the TOM systems. The method futilizes takes advantage of the fact that the creep resistance in many powder-metallurgically manufactured materials depends on the grain size. The cyclic loading tests described in the previous section are used during the holding time to measure the change in the creep resistance due to grain growth, so that this factor can be considered in the optimization of the sintering conditions. The TOM methods can be used to minimize degradations of the structure homogeneity during sintering. However, defects which already exist in the green body cannot be eliminated by the heat treatment. It is therefore recommended that the quality of the green body is examined before its heat treatment is optimized. Appropriate methods for evaluation of the green body quality are available at the HTL. Differences in size resulting from local temperature differences in the furnace require specific measures. The temperature distribution in the manufacturing furnaces must be measured in a first step. Specially calibrated temperature measurement rings are available for this purpose at the HTL. If necessary, the setting scheme of the material to be sintered can be adapted in order to minimize the temperature differences. The optimization of the setting schemes can be supported by FE analysis. Creep deformation during sintering can be measured with the TOM systems, even at very high compression stresses, as they are typically used in special sintering processes like hot pressing (HP) and hot isostatic pressing (HIP). For these sintering methods, a kinetic model can be created and used for the simulation of HP and HIP sintering, too. A further densification process used as an alternative to sintering is melt infiltration.
A material with a low melting point is heated up above its melting point, then infiltrates a porous preform of a material with a higher melting point based on capillary forces. In this way, complex and net- shaped moulds can be manufactured, as shrinkage due to sintering does not occur. Examples include SiSiC ceramics, which are manufactured by the infiltration of a Si-melt into SiC preforms or bronze-steel composites manufactured by the infiltration of bronze into steel preforms. The kinetics of the melt infiltration is also measured using TOM systems, and the process parameters are subsequently optimized by FE simulations. Weight sensors are used for the infiltration experiments, to measure the progress of the reaction. 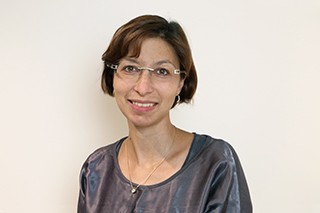 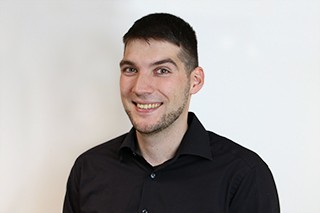